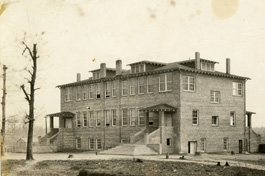 Churches often also served as schools. African Americans valued education, but during segregation high school education was difficult to achieve. Booker T. Washington High School was highly regarded as a destination for learning and drew students from all over Arkansas. 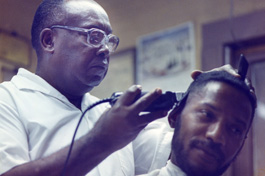 After the churches and schools became rooted in the community businesses began to materialize. Among them were general or grocery stores such as Fowler’s Grocery Store located on Baker Street. Mr. Fowler would hire young black males to work in his store after school to earn money. Blake’s Fish Market was a notable specialty shop.

The barber shop was an important business in the black community. It was the meeting place for the men and ministers in the community where they talked politics, religion, and social issues. There were approximately 8–10 barber shops and many of the wives of the barbers operated beauty shops in their homes or next door to their husband’s barber shop. One of the most famous barber shops was owned by Mr. E. T. Kendall, located at 407 Baker Street.

Practicing physicians included Dr. Williamson, Dr. Ezell, Dr. Mundy, and Dr. Garbashine. Mid-wives assisted the doctors in delivering babies, and the families might barter with the mid-wives for eggs and chickens to pay for the deliveries. The business district also served the funeral needs of the black community. Jones Funeral Home and Crumpler Funeral Home came to Jonesboro in 1946. Among other businesses of special note are the Masonic Lodge No. 114 that was located at 237 ½ South Main and Mrs. Harris Boarding House. 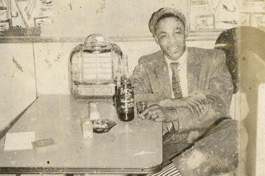 The Jonesboro African American business district was a thriving economic center driven by market-savvy, hard-working entrepreneurs serving every manner of need for their community. Capitalizing upon their skills and ingenuity, making the most of new-found opportunities, they ran uncounted beauty shops, taverns, cafes, restaurants, pool halls, animal trainers, laundry cleaners, shoe repair shops, seamstresses’, carpenters/plumbing sub-contractors businesses, upholstery shops, and many more too numerous to mention, and some lost in history.

The project is based on the research undertaken by Faye Futch during her graduate study in Dr. Lenore Shoults’s Heritage Interpretation class at Arkansas State University. It is hoped that this project will serve as a foundation for future research and any information about business locations, ownership, dates, stories, or photographs will help preserve this important story.